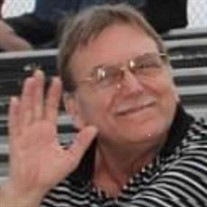 Richard David "Dick" Sullivan, 69, of Washington, WV passed away Monday, February 22, 2021 at the Ruby Memorial Hospital, Morgantown, WV. He was born June 19, 1951 in Bluefield, WV, a son of the late James R. and Helen V. Poling Sullivan. Dick was retired from the Carpenters Local #356. He enjoyed gardening, canning, antiques, Fenton glassware and the outdoors. Dick was an avid bridge player where he participated in many tournaments and was a member of the Moose Lodge. He is survived by his siblings, Peggy White (Calvin A.) of Durham, NC, Bill Shore (Ellen) of Newport, NC; Janet Suffel (Bobby) of Milford, VA and Debbie Schofield (Steve) of Bridgewater, VA; his nephews, Ashley and Richard White and Daniel and Justin Schofield; and several great nieces and nephews. In addition to his parents, Dick was preceded in death by his great-nephew, Blake White. Private family services will be held at a later date at the convenience of the family. Lambert-Tatman Funeral Home, Pike St, south Parkersburg is honored to serve the Sullivan family.

The family of Richard David "Dick" Sullivan created this Life Tributes page to make it easy to share your memories.

Send flowers to the Sullivan family.