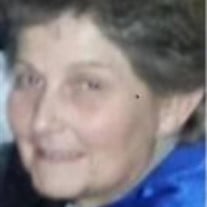 Jane Marie O’Brien, age 60, of Parkersburg, WV, died in Camden Clark Memorial Hospital on Tuesday, March 23, 2021. She was born on May 29, 1960, the third child of the late Hugh B. O’Brien and Mary Cawley O’Brien, in Parkersburg. Jane, who never married, was a lifelong resident of Parkersburg. Jane was employed by the United States Department of the Treasury, Bureau of Fiscal Service. Jane was proud of the fact that she was deemed an essential employee and had to remain on the job during government budget shutdowns. She was previously employed as a Deputy United States Marshal, and was responsible for federal courthouse security and prisoner transports. Jane graduated from West Virginia University-Parkersburg in 1993 with a Bachelor of Business Administration in Accounting. She also graduated from Wheeling Jesuit University in 1982 with a Bachelor of Science in Criminal Justice. Jane was a member of the women’s basketball team at Wheeling Jesuit. Janes was always proud of playing on the Parkersburg Catholic girl’s basketball team that won 88 consecutive games, and two back-to-back state championships. She graduated from Parkersburg Catholic High School in 1978. She was a member of the Moose and Elk Lodges in Parkersburg. Her parents preceded her in death. Two brothers, James M. O’Brien of Wheeling and David G. O’Brien of Bradenton, FL survive her. She is also survived by four nieces and nephews, Elizabeth Elaine Wilkinson (Aaron), Kaitlin Michael O’Brien, J. Michael O’Brien II and Elliot Kootz O’Brien; as well as by a great niece, Isabela Elaine Wilkinson, all of Wheeling. Also surviving her is her sister-in-law, Denise Elliott O’Brien, who lovingly cared for her in her final illness. She is also survived by a step-great niece, Keiera Sky Wilkinson and a step-great nephew, Kal-El Jude Wilkinson, as well as by numerous cousins. Jane was an exceptionally kind-hearted and loving person. She never hesitated to help a friend or family member in need. She was loved dearly and will be greatly missed. Funeral services will be 1:30 p.m., Friday March 26, 2021 at Lambert-Tatman Funeral Home, Green St. Parkersburg with Father John Rice as celebrant. Burial will follow at Mt. Carmel Catholic Cemetery. Visitation will be 11 a.m. to 1:30 p.m. Friday at the funeral home. Following gravesite services, the Elks have invited family and friends to celebrate Jane’s life.

The family of Jane Marie O'Brien created this Life Tributes page to make it easy to share your memories.

Send flowers to the O'Brien family.