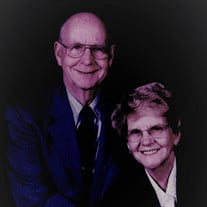 Shirley A. Hammond, 86, of Vienna, WV, went to be with her Lord and Savior on Tuesday, October 19, 2021 after a long battle with Alzheimer’s. She was born August 18, 1935, in Two Runs, Palestine, WV, a daughter of the late Walter J. and Edith Hall. Shirley enjoyed crafts, ceramics and sewing. She was a member of New Hope Baptist Church. She graduated from Parkersburg High School in 1953. In 1954 she married Charles E. Bennett of Gilmer County, WV. Charles passed away in 1961. Shirley then met and married her loving husband, Robert G. “Bob” Hammond. Together Bob and Shirley raised five sons, Robert I. Hammond (Lynne), Perry P. Hammond (Sherry), Timothy A. Hammond, Marvin A. Bennett (Dianne) and Vernon H. Bennett (Lisa); daughter, Macaria S. Best; eleven grandchildren; and ten great-grandchildren. In addition to her parents, Shirley was preceded in death by her first husband, Charles Bennett; two brothers; one sister; daughter-in-law, Linda Hammond; and son-in-law, Greg Best. Funeral services will be held at 11am on Monday, October 25, 2021 at Lambert-Tatman Funeral Home, Vienna, with Pastor Troy Nesselrode officiating. Burial will follow at Evergreen North Cemetery. Visitation will be from 5-7 pm on Sunday at the funeral home and one hour prior to services. Online condolences may be made at www.lamberttatman.com.

The family of Shirley A. Hammond created this Life Tributes page to make it easy to share your memories.

Send flowers to the Hammond family.