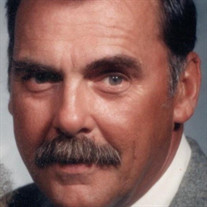 Julian “Lee” Powell, Jr, 84, of Vienna, WV, passed away on Thursday, December 9, 2021 at Camden Clark Medical Center due to heart and lung complications. He was born March 7, 1937, in Parkersburg, a son of the late Julian Powell Sr and Helen G. Snider Powell. Lee attended Parkersburg High School and then joined the U.S. Air Force where he served as a jet mechanic. After he returned home from the military he learned the carpentry trade and became a member of the Carpentries Union #899 where he was a foremen on the building of the Grand Central Mall. Lee decided to open his own business, Custom Vans of Vienna which he owned and operated for 25 years. He was a member of the Grand Lodge of WV, A.F. and A.M. Vienna Lodge #172, the Nemesis Shrine in Parkersburg and the Ben Bey Grotto. Lee spent as much time as he could get away fishing in Ohio, WV and Canadian Lakes. He was also a WV Mountaineer Fan and watched or attended the games. He is survived by his wife of 56 years, Beverly James Powell of Vienna; daughters, Debbie Powell Dolphin of SC, Kimberly Powell James (Chuck) of Parkersburg and Julie Powell Reed (Dave) of Vienna; son, Julian Lee Powell III of Vienna; brother-in-law, Tommy James of Parkersburg; three brothers, Bill Powell of Parkersburg, Melvin Powell of Waverly, WV and David Powell (Luella) of Ohio; grandchildren, Josh Powell, Erik Krouse, Dylan Wilby, Daniel E. Smith, David C. Smith, Erin L. Dolphin, Matthew James, Chad James, Gabby Reed and Triston Cayton; and great-grandchildren, Daniel Smith III, Julian Austin Smith, Kyla Dolphin, Davey Smith, Austin Smith, Coral Smith and Kyrie Ventosa. In addition to his parents, Lee was preceded in death by his daughter, Terry L. Powell; and son-in-law, Glenn E. Dolphin. The family wishes to thank all the caring nurses and doctors that took care of Lee at Camden Clark Medical Center, Encompass Health and all the care and help that we received from Amedisys Hospice during Lee’s final days. Thanks also to Lee’s friends and neighbors who kept in touch with us about his health. At Lee’s request there will be no visitation or services at this time. Lambert-Tatman Funeral Home and Crematory, Vienna is honored to serve the Powell family.

The family of Julian "Lee" Powell Jr. created this Life Tributes page to make it easy to share your memories.

Send flowers to the Powell family.