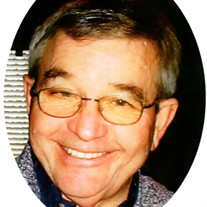 It is with great sadness that we share the passing of Charles “Gary” Winters, 79, of Parkersburg on February 5, 2022. He was born in Logan, WV, June 20, 1942, with his identical twin and lifelong best friend, to John Herbert and Katherine Arix Winters. Gary had a varied career in Sales. Some former employers included KFC, Winans, McClinton Chevrolet, Powell’s Honda and Imperial Glass. For a time, he owned and operated The 19th Street Country Club. In 2007 he retired from Pierce Foods and moved to Lake Waccamaw, North Carolina. He was active in AMBUCS, a membership organization dedicated to helping people with disabilities. Through numerous churches, he served as Elder, Sunday School Teacher and Youth Group Leader. He served on Parkersburg City Council from 1978 through 1981. Gary was a 1961 PHS graduate and die-hard Big Red Fan. He was a member of the “Chain Gang” who worked every home football game. More recently, he had volunteered with Ramps and Rails and helped to build over 300 handicap ramps. He served in the Guardian ad Litem Program, representing children’s best interests in court proceedings. He was also a dedicated blood donor until medically unable. Gary’s hobbies included golfing, camping, fishing, canoeing and kayaking. He always appreciated the beauty of nature. He enjoyed all types of music in spite of his well-known lack of musical ability, was an avid reader and was known for his quick wit and unmatched sense of humor. Gary is survived by his daughters, Kathi S. Sayre (Bill) and Julia A. Terrell (Randy); brothers and sisters, Sabra VanFossen (Roy), his twin, Jerry Winters (Sharon), Pam Jenkins (Stan), Kenny Winters (Diane) and Debbie Brown (John); the lights of his life, his two beautiful granddaughters, Leah E. Sayre “Leap” and Emily G. Terrell “E.G.”; and numerous nieces, nephews, great-nieces and great-nephews. In addition to his parents, he was preceded in death by his step-mother, Nancy Harper Winters Buckley, who lovingly raised him and his four siblings, along with her own; brothers, Johnny Winters, Dick Winters; and his youngest sister, Candy Kirby. He was very proud to be a part of the Winters Family who, in his own words, were all exceptionally smart, uncommonly good looking but at times, possibly a little hard-headed. A Celebration of Life will be held 2 p.m. Saturday, February 19, 2022 at Lambert-Tatman Funeral 3005 Grand Central Ave. Vienna, WV. Visitation will be 11 a.m. until time of service at the funeral home. Please join us to share memories and laughter while we honor the man who made a lasting impression on so many lives. A recording of the services will appear on the Lambert-Tatman Funeral Home website at a later date. In lieu of flowers, memorial contributions may be made to Special Olympics or a favorite charity. A service is being planned for a future date at Lake Waccamaw, NC. Lambert-Tatman Funeral Home is honored to be serving the Winters family.

The family of Charles "Gary" Winters created this Life Tributes page to make it easy to share your memories.

It is with great sadness that we share the passing of Charles...

Send flowers to the Winters family.